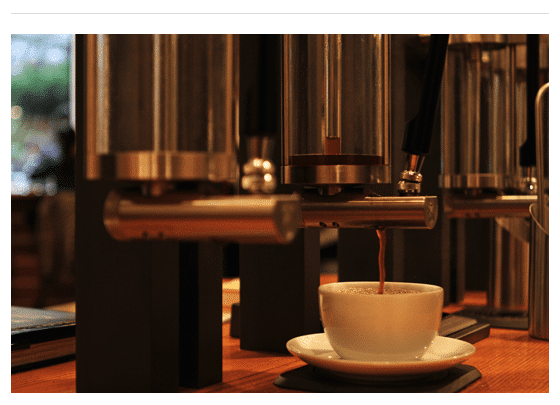 Behind the counter at Barrington Coffee Roasting Company, four clear glass tubes are filled with bubbling water and steam. The steam inside the tubes creates a vacuum seal that shoots water into coffee grounds. The combination filters through the piston to create the most consistent cup of coffee possible.

I have been to Barrington several times since it opened last December, but I’ve never ordered a cup of coffee made this way, called a Steampunk machine. It looks intimidating. The machine, the manager of the shop tells me, is likely the only one in Boston.

Any barista using it to make a cup of coffee turns into a mad scientist. The manager, Teegan Jansen, poked at a tablet screen as steam billowed in the tubes in front of her. I stand back. 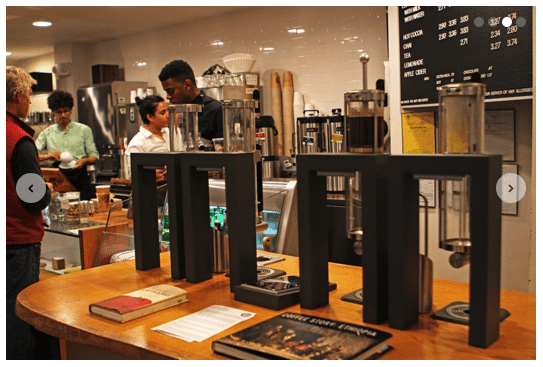 The Steampunk method of brewing coffee takes the simple product and advances it to a level not present at other shops. Barrington uses the Alpha Dominche Steampunk coffee brewer, and its industrial feel plays off the modern elements of the coffee shop.