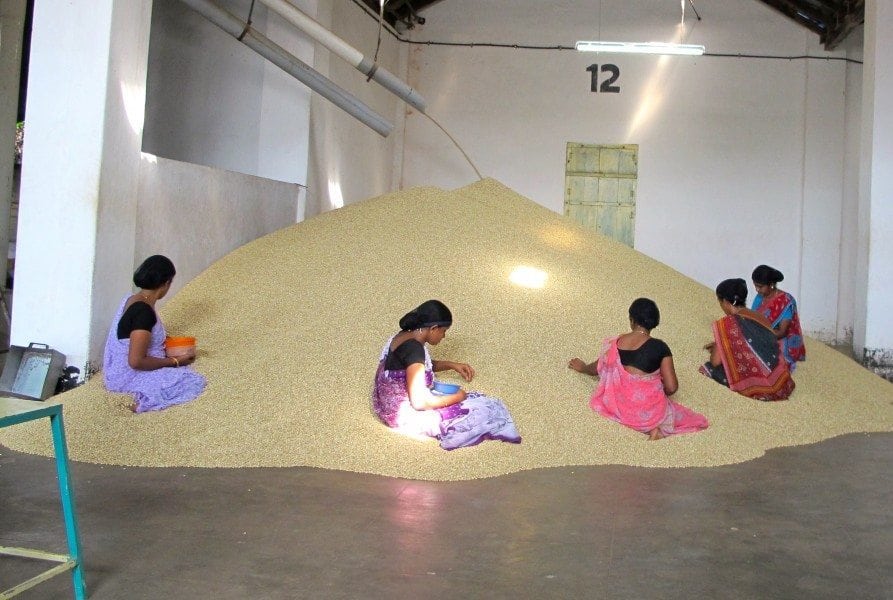 Monsooned Malabar coffee is a Geographical Identification Certified Product (GI Certified) that is unique to the South-West shore of India called the Malabar Coast. Monsooning is a processing method in which green coffee is exposed to the high humidity conditions present during the monsoon season. Throughout this process, the coffee undergoes complex changes and new aromas and flavors are unveiled. The highest grade is Monsooned Malabar – AA Super Grade produced at Aspinwall Coffee in Mangalore. This refined degree of processing is the brainchild of once nuclear physicist, now green coffee importer Dr. Joseph John of Josuma Coffee.  Aspinwall has been processing green coffee since 1867. The AA Super Grade was first realized through Dr. John’s direction in 2000 and was given its formal name in 2001. The resultant cup is supremely smooth with qualities of sandalwood, dark chocolate and nut. Monsooned Malabar boasts the lowest acidity of any coffee. 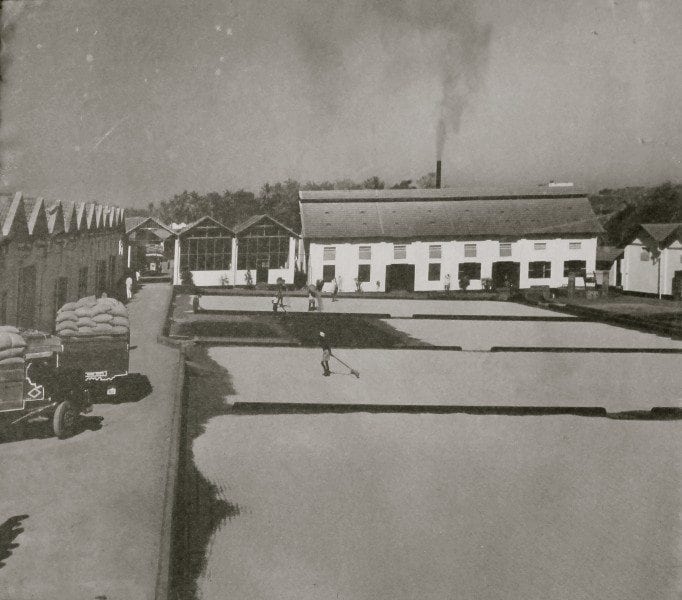 Inside the gates of Aspinwall Coffee, the monsooning process begins by sorting and selecting AA grade coffee cherry which is spread out on concrete patios and sun dried. The coffee is then hulled, sorted and stored until the onset of the monsoon season. When the monsoon hits from June through September, the beans are spread out beneath tile roofed, open walled structures where they are raked at regular intervals. When exposed to the high atmospheric humidity, the beans absorb the moisture and expand. In this vintage photograph of the drying yard at Aspinwall, you can see coffee being raked out to sun dry prior to monsooning. 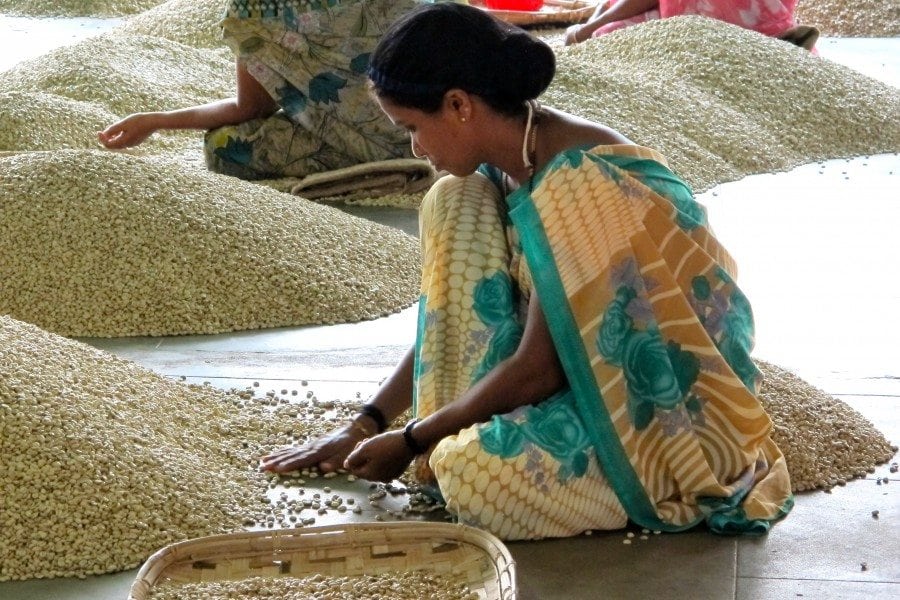 The monsooning process was first developed in the mid 20th century as a way to emulate the organoleptic effects of transporting coffee in the hold of a wooden ship. This “natural” monsooning process which was once commonplace, was effectively eradicated when steel hulled cargo ships became ubiquitous in the early 1900’s. 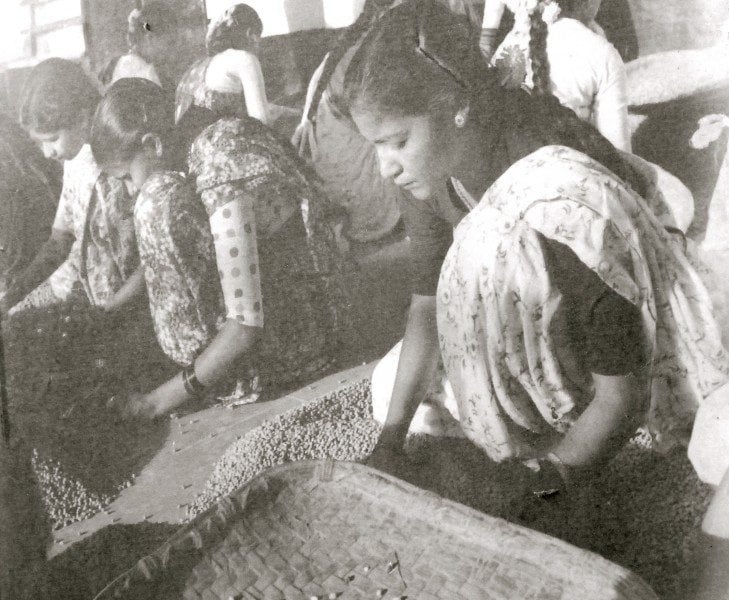 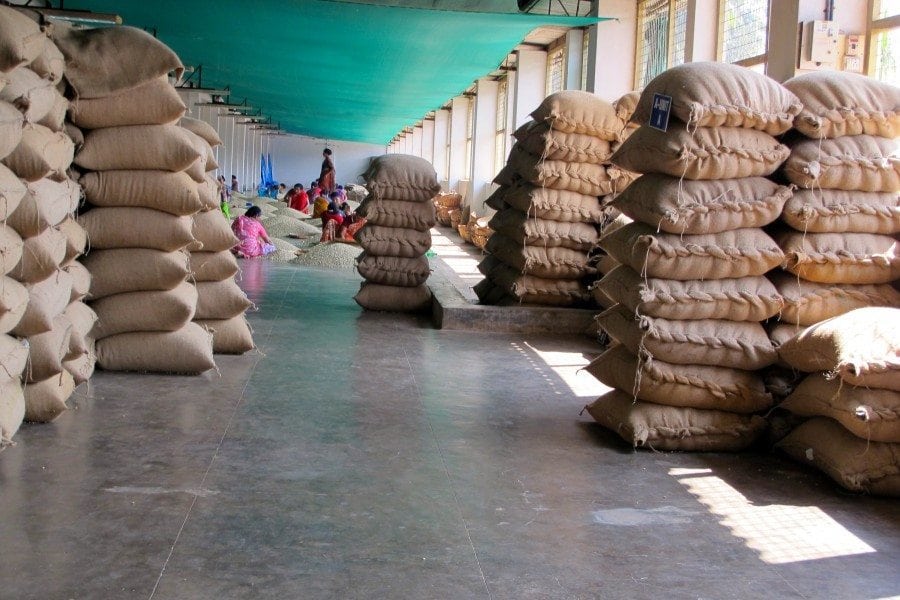 The beans are vigilantly raked and turned over many days. During this phase the beans are absorbing monsoon moisture. They are then bagged and stacked in windrows at which point the beans swell. The spreading, sorting and re-bagging is repeated up to three times until the coffee beans acquire a golden hue and a moisture content of 14.5%. 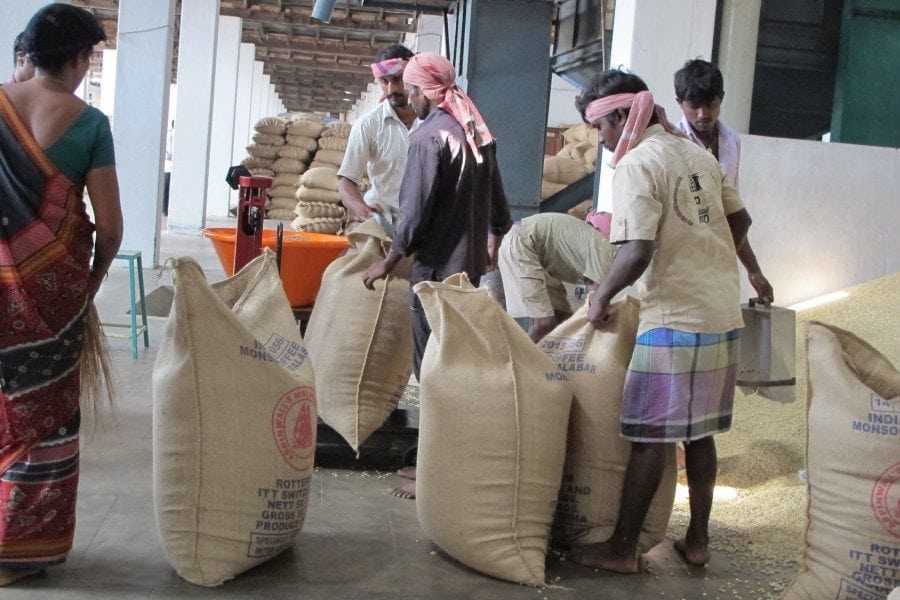 Here the final product is being bagged for export. The entire process comprises many months of careful attention. Monsooning is the most time and labor intensive coffee processing method in the world. 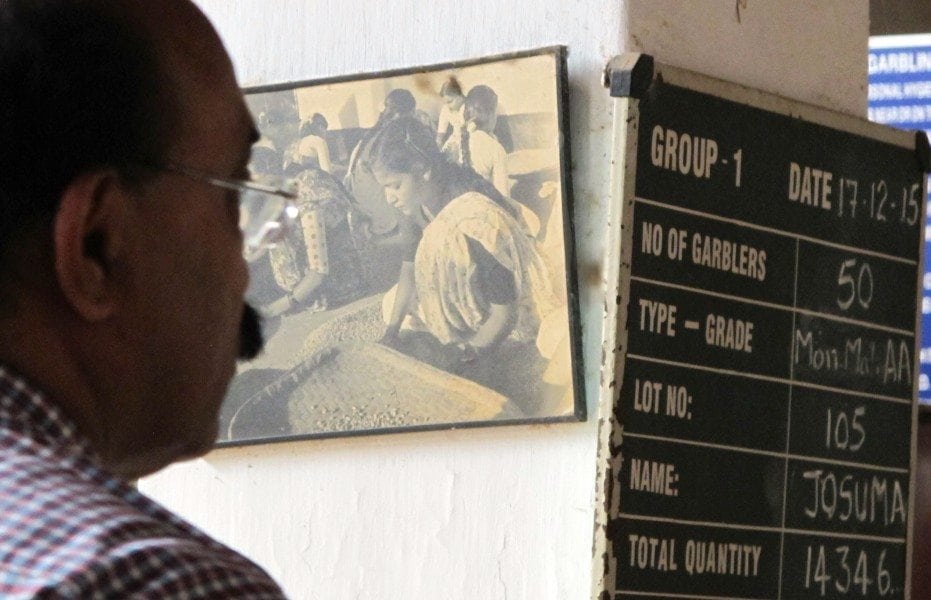 K.D. Thimmaiah, Aspinwall General Manager, simultaneously looks to the past and the future. On the garbeling board for this day, December 17, 2015, is our lot of Josuma Monsooned Malabar AA Super. 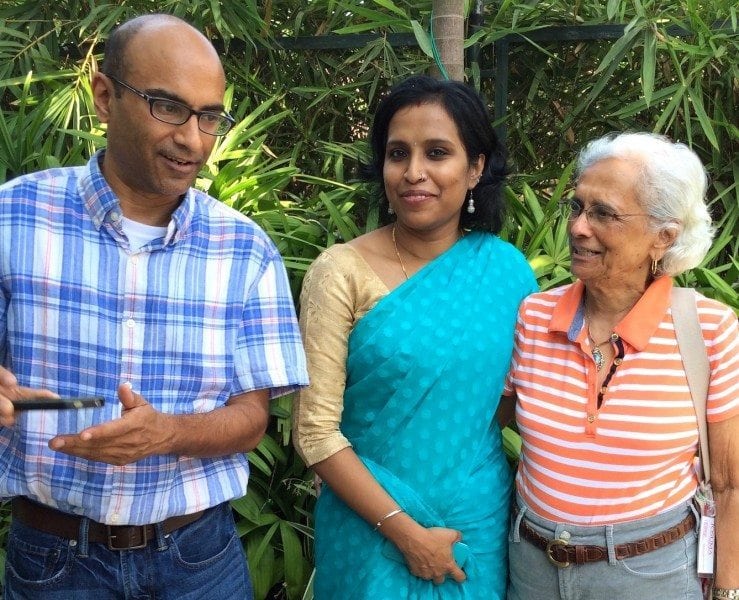 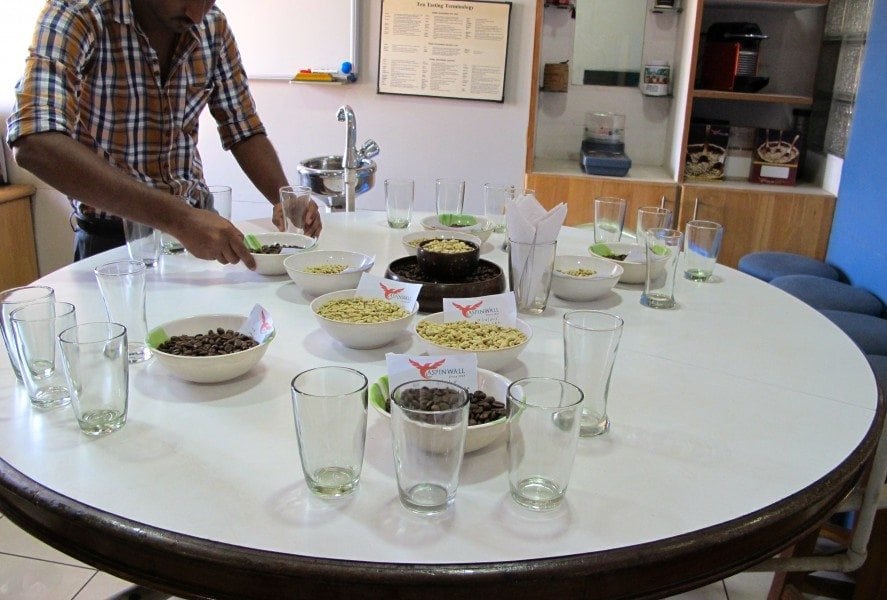 Tushara is responsible for evaluating coffee quality before, during and after the monsooning process. She keeps the Aspinwall coffee lab in perfect order, representative of her refined sense of good taste. 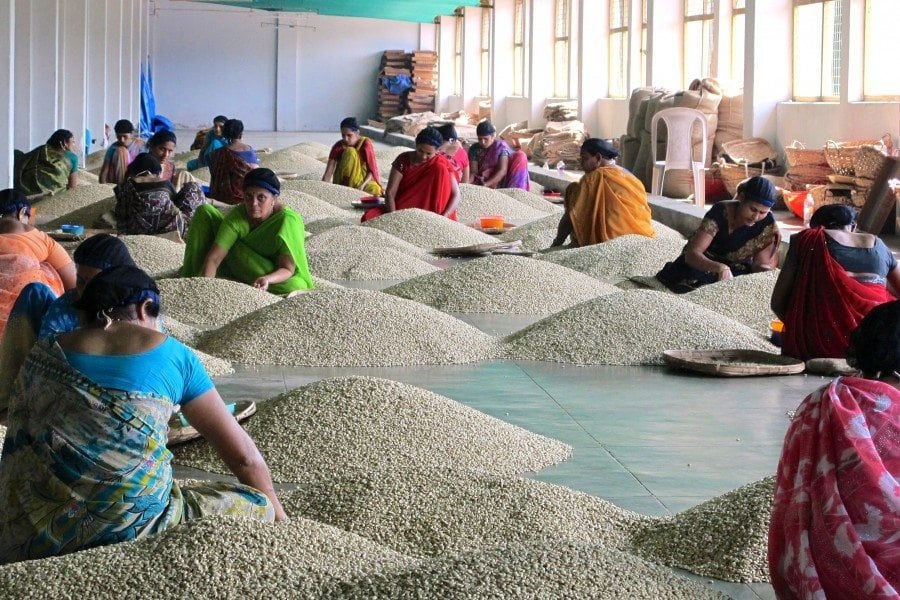 The result? Perfectly monsooned coffee from the Malabar Coast of India. Its flavor is as unique as is its elaborate process to creation. We hope you enjoy it as much as we do!